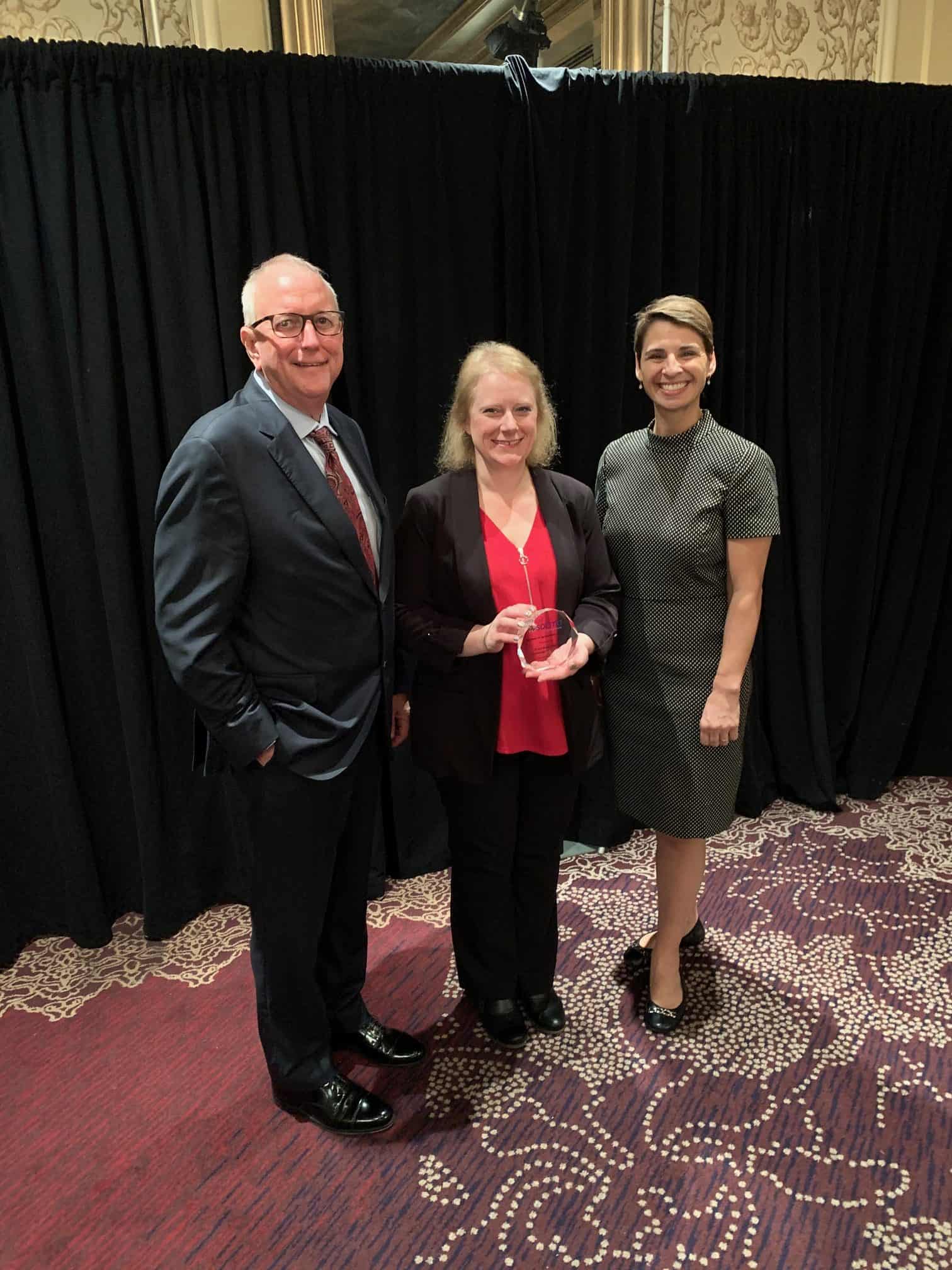 ChemDesign is pleased to announce that the building manager, Erica Beaumier, was recognized for the first Women in Specialties Award from the Society of Chemical Manufacturers and Affiliates, (SOCMA). Erica graciously accepted the award at SOCMA week, Dec. 4th-6th, in New Orleans.

The Women in Specialties Award is given to a leader who has demonstrated positive change for the specialty chemicals industry. For the past five years, Erica has displayed excellence while working in ChemDesign’s R & D lab. In May 2019, she was promoted to Building Manager for her efforts in assuring successful project implementations. Her work demonstrated that she sets high standards for herself and the company; and did more than her job to ensure at ChemDesign, “We make Chemistry Work.”

Erica is thoughtful in building solid platforms for reliability and quality. Her diligent focus on housekeeping, organization, and customer interaction has led to record production rates. Since May, ChemDesign has seen a 15% increase in production capacity in her building. The total injury rate for her building has also decreased by a large 43% since her promotion. Erica’s actions and results show she is emerging as a great leader and advocate for the specialties industry.

“The future of the specialties industry is relentless to the adherence to the highest safety and environmental standards, Erica’s attention to detail and willingness to stay until the job is done show her commitment to the success of this industry.” explained Joel Salzman, VP of Operations

“I am so honored to be the recipient of the first Women in Specialties Award from SOCMA.  I would like to thank my management team and coworkers for their support because, without it, this award would not be possible.  The other group of people who deserve a thank you are the four crews of operators that work hard every day making our products.  Their support and willingness to work hard have made my transition from the lab to the building manager very rewarding and enjoyable.” said Erica Beaumier, Building Manager

ChemDesign is a chemical toll manufacturer in the specialty industry producing intermediates agrochemical, specialty and fine markets. One hundred and fifty people are employed at its facility in Marinette, Wisconsin. If you would like a chemical manufacturing career with award-winning team leaders like Erica, visit our careers page to apply now.

This entry was posted in News and tagged ChemDesign, Women in Specialties